Nougat: history and curiosities of the oldest Christmas dessert 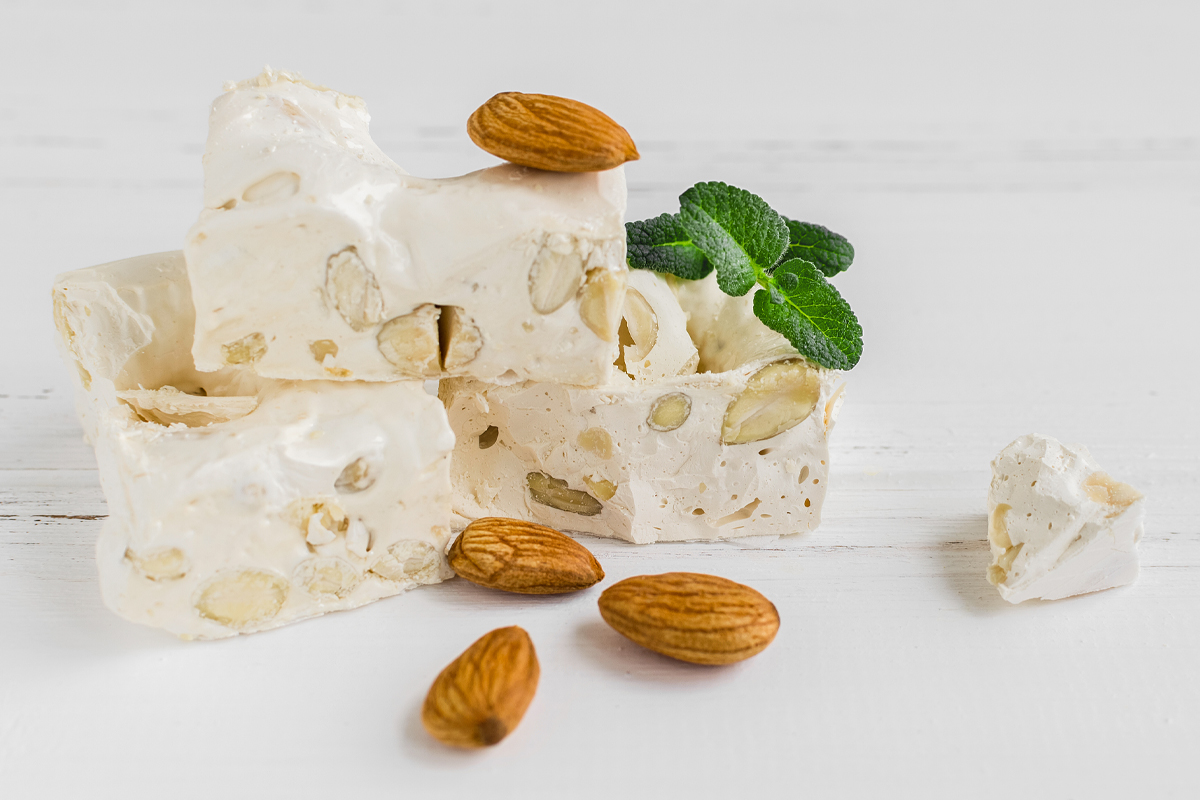 Today we are talking about nougat, an authentic confectionery delicacy which, although tradition depicts it as predominantly Christmasy, at least in Italy it is consumed quite happily throughout the year. The term derives from the Latin 'torrere' (toasting), and there is a clear reference to the toasted nuts it is made of.

A mixture of egg whites, honey and sugar is filled with hazelnuts, walnuts, peanuts or roasted almonds; the classic bar is then usually covered with two thin layers of wafer. Nowadays, nougat can be found in a whole range of exquisite flavour variants such as orange, vanilla, cereal or even wild berries, although for true connoisseurs the original, home-made nougat is still the tastiest.

Even today there is no certain information on where nougat was first produced, but there are several traces that lead to the Arabian Peninsula in a period between 1200 and 1300 when, it is said, Muslims first introduced it to Iberia and then to Italy. Some ancient writings by the Roman satyr Titus Livius also mentioned torrone, but it is not clear who really invented this delicious invention.

Some say that it was the Arabs who discovered nougat, and that it all happened by chance; it seems that a competition was held to find a new nutritious food to use during the long and exhausting war campaigns, a food that would keep well for a long time, and that contained plenty of calories to burn in battle. Another hypothesis points to a Catalan craftsman nicknamed Turró, who was able, in a time of misery and hunger, to invent a super energetic food with the most abundant resources available on the earth at the time.

Characteristics of this traditional sweet

We can divide traditional nougat into two main categories, hard and soft; hence a whole series of possible variations in shape, ingredients or flavour, which generally vary according to the region in which it is produced. Although the origins of nougat can be traced back to Arab countries first and then Catalan, Italy was the first country to specialise in its production, and today it can boast several awards worldwide for the very high quality of its product. There is also a wide range of chocolate-covered nougats, a real threat to those with a sweet tooth.