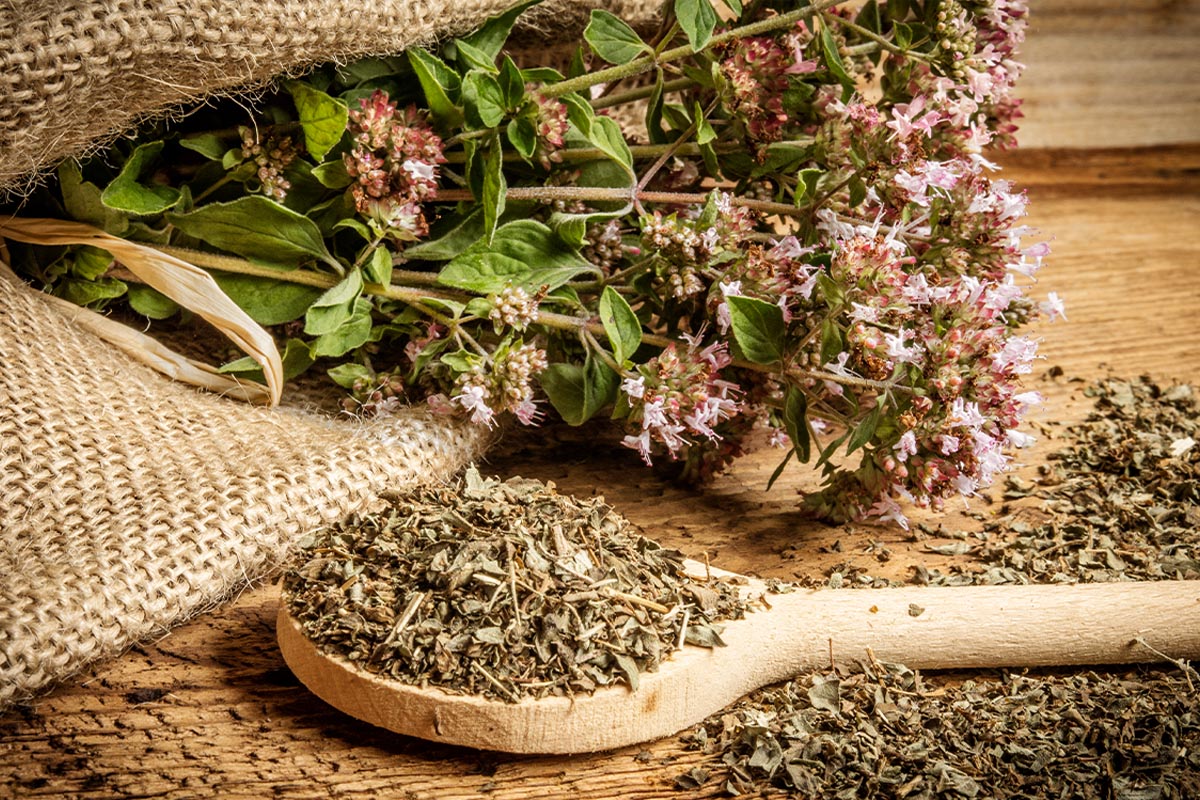 The wild oregano of Calabria, the most sought-after among 50 existing types. In Calabria wild oregano (Origanum Vulgare) is the most widespread.

It has a very intense aroma and grows spontaneously along the coast, in sea areas and in dry and sunny places. The harvesting of oregano is a real tradition for the Calabrians: it is harvested at the end of June, indeed it should be done on the 24th, St. John the Baptist's Day.

Once collected, it is cleaned from weeds, divided into bunches, dried upside down sheltered from the sun and then stored. It can be stored for more than a year closed in paper bags or in glass jars by crumbling the threads of oregano, including leaves and flowers.

The Calabrian cuisine makes extensive use of oregano, to flavour many dishes of both meat and fish. What would the tomato and Tropea onion salad taste like without oregano? And what about the Morzello of Catanzaro? And the crushed green olives? And slices of home made bread with olive oil, chilli pepper and oregano?

The word oregano comes from the Greek "oros" (mountain) and "ganos" (splendour). Its meaning, "splendour of the mountain", has been attributed to the plant for its grace and abundance during the flowering period. Unlike all other aromatic plants, oregano is the only one to reach its full fragrance only after drying. Abundantly used in aromatherapy, its infusions are an excellent remedy against coughs and digestive disorders.