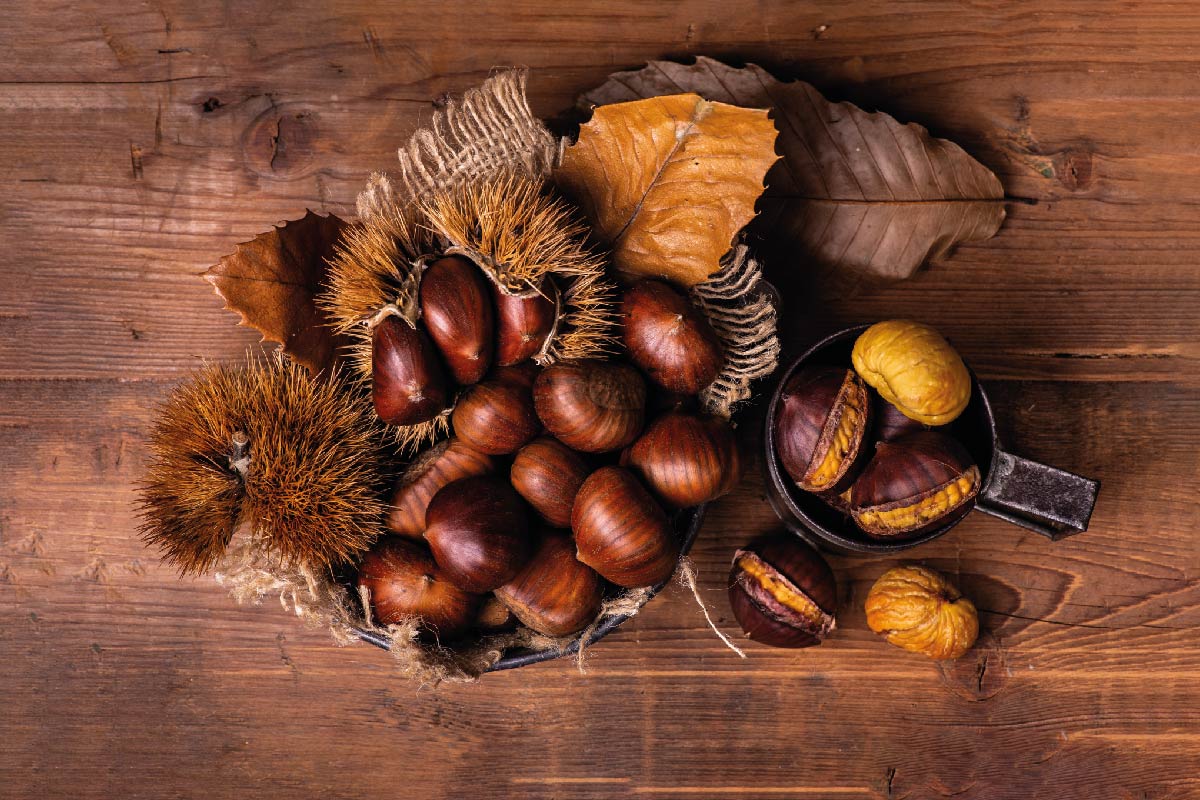 A typical autumn fruit, chestnuts are a versatile product and perfect for making appetizing and unusual recipes. Used in sweet or salty preparations, chestnuts are rich in mineral salts and fiber, as well as being a food with a high energy value.

Here are three ideas to surprise the palate of your friends and family members.

It's a quick and tasty appetizer. Boil 300 g of chestnuts; when they are ready, season them in a pot with a knob of butter and a few needles of rosemary. Meanwhile, grill the slices of black bread and place a slice of lard on each. Combine the chestnuts flavored with rosemary and garnish with a drizzle of chestnut honey. Serve with the hot bread that has just been grilled.

Cut a leek into thin slices, fry it in a saucepan with a little olive oil and add after 5 minutes 500 g of potatoes peeled and diced. Cook for 30 minutes, adding a ladle of broth from time to time. In the meantime slice the bacon into strips and saute in a non-stick pan without any seasoning until it becomes crispy. Add 12 boiled chestnuts to the ready potatoes and remove the skin, mix the mixture with a blender and add salt. If the cream is too thick you can add a ladle of broth. At this point, serve the velvety soup with the crispy cubes of bacon, a drizzle of extra virgin olive oil and two chopped rosemary needles.

Take a boned rabbit and cut it in half. In the meantime, put 120 g of boiled and peeled chestnuts in a pot with a knob of butter, a sliced shallot and leave to stew for 10 minutes. When cooked, chop them roughly and mix them with an egg, a pinch of salt, pepper and a few sprigs of chopped rosemary. Spread the mixture over half the rabbit saddle, overlap the other half and tie everything together with a string. Place the stuffed rabbit on an oven dish greased with oil, cover with aluminum foil and bake at 180° for 40 minutes. Remove the aluminum after 20 minutes. Finally, remove from the oven and leave the meat to rest. Mix the cooking liquid with half a ladle of water over the heat and then filter it. Serve the rabbit cut into slices with its sauce and a drizzle of oil.

So, all you have to do is make our recipes and taste... enjoy your meal!

Click here to discover all our products with chestnuts.