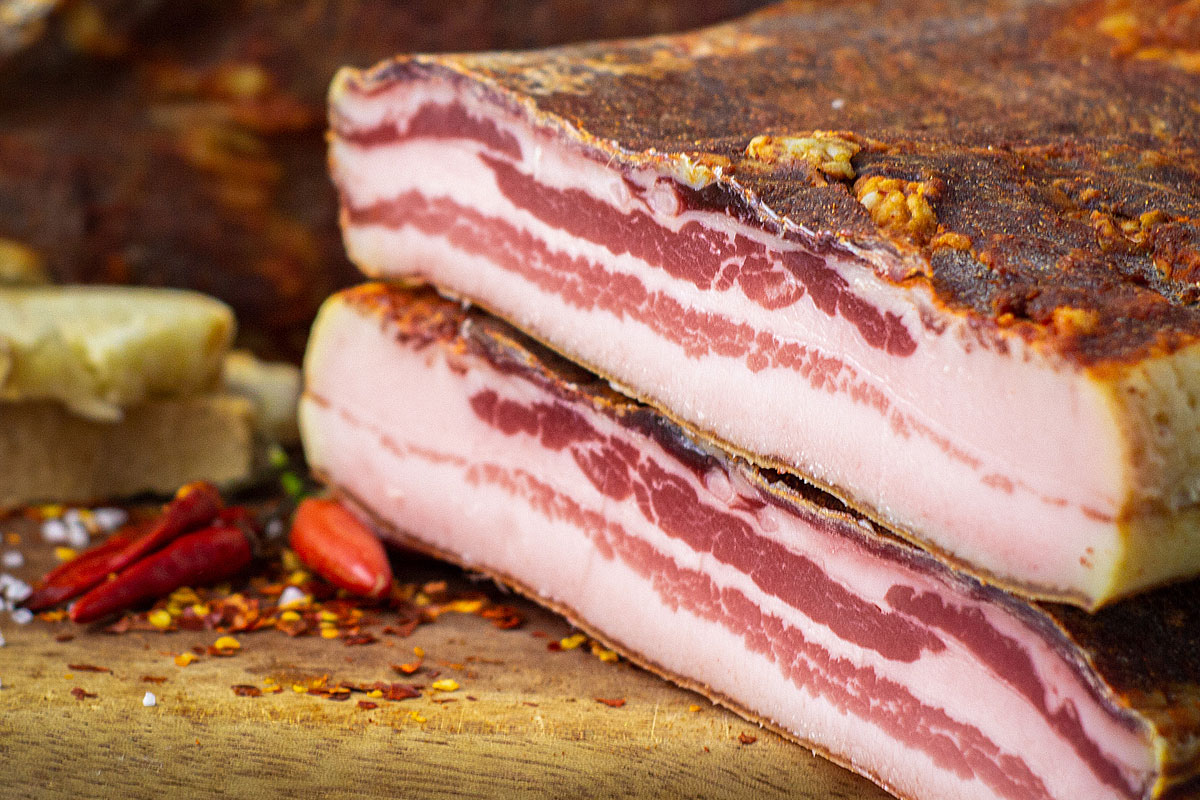 Pancetta is a non-cured meat obtained from the low rib of the pig, suitably squared and trimmed, and which is characterized by an intense aroma and a unique flavor. The pink-colored meats alternate with thin streaks of fat, giving life to a gastronomic product that can be eaten raw and sliced or cooked in combination with potatoes, broad beans, peas, peppers, but also zucchini or other types of vegetables; in Calabria this salami is also used in the preparation of first courses such as carbonara, amatriciana, or combined with legume soups.

Pancetta, also known by the Anglo-Saxon term bacon, is commonly found on the market in two variants: sweet or smoked. Each region, however, offers its own variants of pancetta which vary in terms of preservation and maturation methods (from 50 to 120 days depending on the size) and for the sticking that can take place with or without rind.

The sweet pancetta offers a particularly delicate taste, while the smoked pancetta is sprinkled with spices and is subjected to a hot smoking process that gives the meat a particular flavored taste. Usually the smoking is done using juniper, oak or beech wood. Sweet pancetta is often used in the preparation of amatriciana (although many, especially purists, prefer bacon), while smoked pancetta can be used for carbonara.

In addition to the terms sweet and smoked, the terms rolled pancetta and stretched pancetta are also often used. It is always sweet pancetta which, however, differs in shape and in the time taken for maturing. For example, rolled pancetta requires a longer curing period.