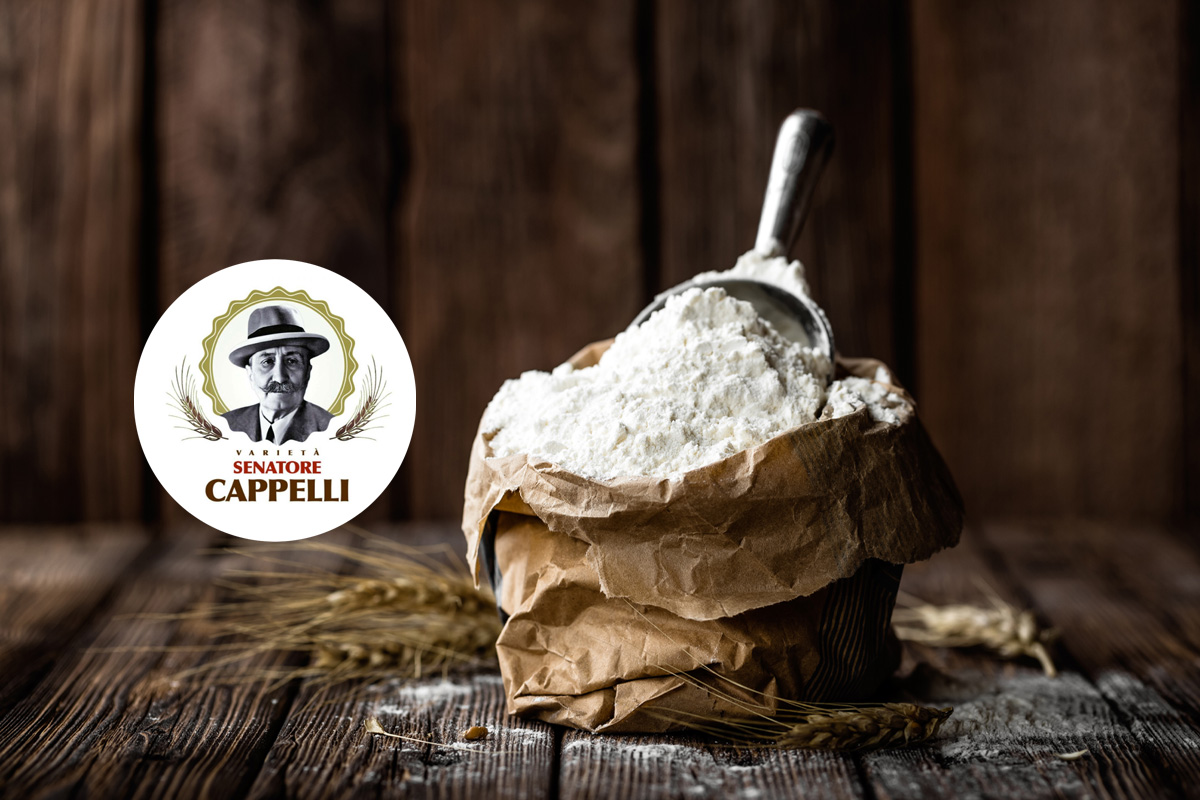 Italian grandmothers, especially those from the south, remember it as an exceptional wheat from which to obtain excellent flour to make bread, pasta and focaccia at home, just as it was widely believed that besides being good it was also good for health. The fame of Senatore Cappelli wheat remained unchallenged until the 1960s, when this autumn durum wheat cultivar was supplanted by more precocious and productive varieties for the market.

After decades of oblivion, Senatore Cappelli wheat has been rediscovered in recent times by several producers of ancient organic grains and by companies that are using its flour to make dry pasta and bread. Now famous throughout Italy is the Mulinum San Floro in Catanzaro, the biggest crowdfunding case in the Italian agricultural sector. Before discovering its benefits, let's briefly go through its history.

The history of Senatore Cappelli wheat begins in Apulia, at the Research Centre for Cereal Crop Growing in Foggia, where the cultivar was obtained in 1915 by the Marche agronomist Nazareno Strampelli, who, starting from North African grains, naturally selected a rustic variety of wheat that was very resistant and suited to the soils of southern Italy. Strampelli decided to dedicate it to the Marquis of Abruzzo Raffaele Cappelli, Senator of the Kingdom of Italy, author at the end of the nineteenth century of important agrarian transformations in Apulia as well as supporter of the movement through the provision of experimental fields and other resources useful to the research activity. Great was the success of this variety thanks to its adaptability, its rusticity and the excellent quality of the semolina, and this in spite of its height, late character and poor yield. For decades the cultivation of this wheat was the most widespread in the South of Italy and the Islands, occupying, from the 20s to the 50s, up to 60% of the national surface cultivated with durum wheat, spreading also in other Mediterranean countries.

Senatore Cappelli wheat: the results of a study by the Gemelli Polyclinic

The initiative for this study was taken by the SIS (Italian Seed Society), which wanted to scientifically verify the validity of the traditional statement that pasta made from Senatore Cappelli wheat flour is tastier and has beneficial effects on health. In charge of the study, researchers at Gemelli Polyclinic in Rome acted on a population of patients already sensitive to gluten and therefore normally reluctant to consume pasta in order to avoid unpleasant discomfort such as gastrointestinal disorders, swelling, abdominal and joint pain. For four weeks, 100 g of Senatore Cappelli pasta and 100 g of common pasta were administered to two distinct groups of 30 patients suffering from these types of disorders; as counter proof, the two types of pasta were then assigned to the same patient groups but in reverse order. The result was a substantial reduction in the aforementioned disorders in patients who took pasta made with Senatore Cappelli wheat semolina.

Four versions of Mattrasau bread are available on Bottega di Calabria: crispy and fragrant frese made with Senatore Cappelli wheat. What are you waiting for? Buy them now!