Salsiccia or salciccia? This is how sausage is called in Calabria 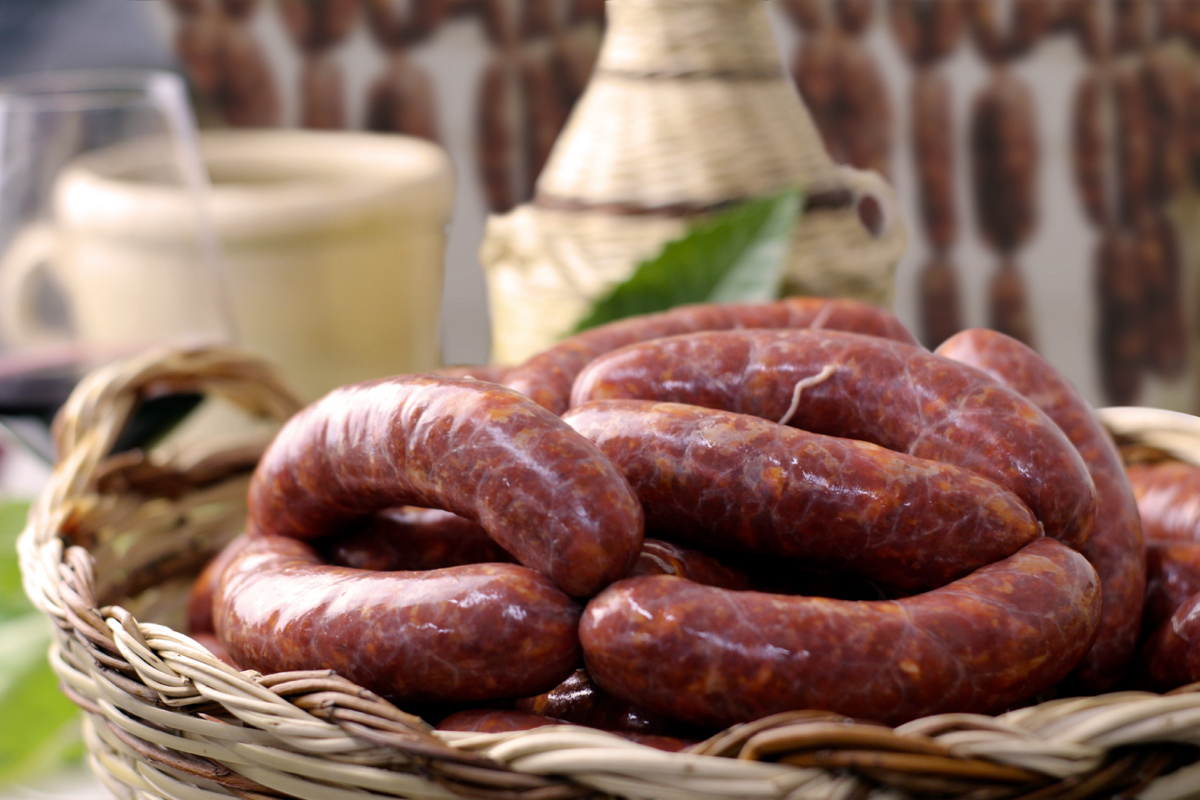 Do you say salsiccia or salciccia?

In Italian do you say sausage or salciccia? It is a question that many of you will surely have asked, at least once in your life! In fact, Italy has many dialectal and regional forms, which often lead to confusion or debates that go on for years.

In this case, fortunately, the answer is simple: the correct word in Italian is salsiccia. According to the Accademia della Crusca, the right form is sausage because it derives from the Latin salsicia. The word salciccia, on the other hand, originates from the Florentine dialect and is widely used in Tuscany. This form is in popular use and is modeled on the noun ciccia, meaning meat.

Calabrian sausage: excellence of the territory

In Calabria, the problem is even wider due to the incredible quantity and variety of dialects, which often change within a few kilometers. We can say, without a shadow of a doubt, that pork sausage is one of the oldest, most popular and loved cured meats in our region; sweet or spicy with red ground chilli in central and northern Calabria, with black pepper and wild fennel from Aspromonte in southern Calabria.

Whether fresh or seasoned, it can be used for many gastronomic recipes, such as in the typical Cosentino dish Turnip broccoli and sausage, in more common recipes such as Pasta with sausage or in the timeless panino with sausage, a true icon of festivals of the town or of Easter Monday outings.

Sausage in the Calabrian dialect

But how do you pronounce "sausage" in the Calabrian dialect? Just as the recipes and methods of preparation change according to the territory of origin, the way of pronouncing the word "sausage" is also different and can have many nuances; in Cosenza it is called sazizza, in Reggio Calabria and its surroundings it becomes satizzu or sarsizzu and so on.

In short, if you prefer not to get lost in the numerous regional forms, the correct term is certainly salsiccia.