Pasta with pumpkin and bacon 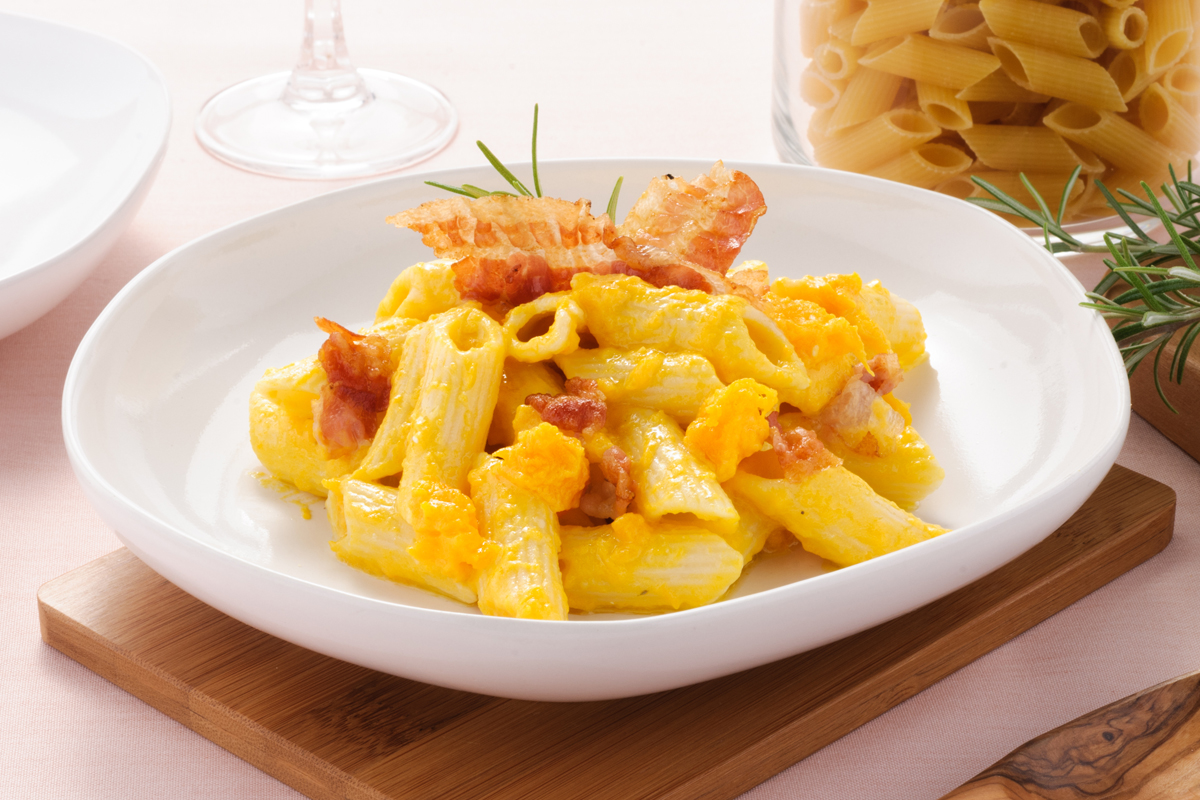 Pasta with pumpkin and bacon is a first course in which the sweet flavour of pumpkin is combined with the savoury flavour of bacon, giving a special taste to the recipe.

Pasta with pumpkin and bacon: ingredients for two people

Pasta with pumpkin and bacon: the recipe

Clean the pumpkin under running water and cut it in half, remove the seeds and filaments with a spoon, cut and peel it. From the pieces obtained, obtain rather small cubes, less than one centimetre on each side.

Peel the onion and chop it finely, put it in a pan with oil and brown it. Add the pumpkin cubes, stir and let it flavour for a couple of minutes over high heat. Add the white wine, stir and let it evaporate. Add a ladle of broth, a pinch of salt, a pinch of pepper and cook over medium heat, with lid, for 10 minutes. Check from time to time and add more broth if the stock should become too dry.

Put all the contents of the pan in the glass of an immersion blender and blend until a cream is obtained. In the meantime cut the bacon into strips and brown it in a pan without adding fat for about 5 minutes.

Cook the pasta in plenty of salted water and, just before draining it, add a tablespoon of cooking water to the pumpkin cream, mixing it carefully. Turn on the heat under the pan of the seasoning and stir the pasta for a few minutes. The dish is ready, serve immediately decorating with grated pecorino cheese. Enjoy your meal!