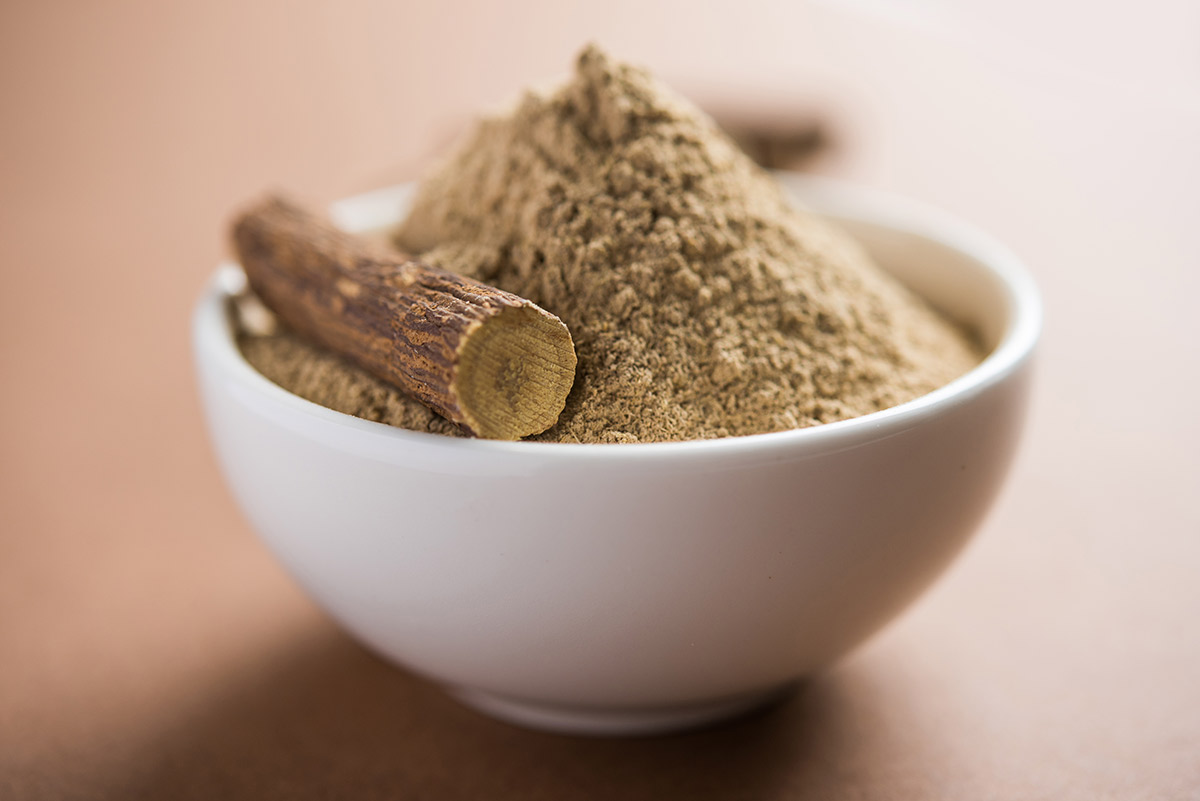 In the southern part of Italy, Calabria is the richest land that allows the natural and spontaneous growth of licorice root, a plant of the genus Glycyrrhiza that includes 18 species spread in Eurasia, Australia and America.

Licorice is an herbaceous plant resistant to frost that grows mainly in Southern Europe in calcareous or clayey soils. The plant develops a large root that has many properties and a well known taste. The mineral characteristics of some Calabrian soils and the climate of the Ionian coast give this plant a special concentration of elements that end up creating a balanced concentration of glycyrrhizin, the substance that gives the flavour. According to the experts, these characteristics have led to the development of the best licorice in the world.

A fortune, “black gold" of the earth, that geology has granted to Italy and Calabria, which produces and exports 80% of national licorice. A product that all try to imitate without success, because its development and quality is inextricably connected to the territory. It was almost certainly imported from the Greeks during the colonization of the Ionian coast of Calabria.

Medicinal use of licorice

Licorice is a medicinal plant known and used by men since prehistoric times, with a medicinal and herbal purpose. Its consumption has no need for processing and it was so until 1700, as its cleaned roots were simply sucked off the plant and used to make herbal teas, with a use, therefore, spontaneous and natural.

Hippocrates advised to use licorice to quell the cough, while the Chinese have been using it for millennia because they have noticed its beneficial effects. Modern medicine has isolated the most important active ingredient of licorice, glycyrrhizin, which has an anti-inflammatory and antiviral action. Research seeks to take advantage of it for new therapeutic perspectives such as ulcer treatment, chronic liver disease, and prevention of serious autoimmune diseases. Evidently, popular tradition had already spontaneously noticed these properties attributing to the licorice root pharmacological actions: digestive, anti-inflammatory, purifying, diuretic. The leaves have healing, antibacterial and anti-inflammatory properties and should be used fresh. The testimonies that have come down to us report the use of licorice as an anti-ulcer, emollient, refreshing, expectorant, adrenal stimulant and anti-inflammatory.

In the 50s, Costello and Lynn isolated a licorice compound in licorice that harmonizes hormone secretion, inhibiting the excessive production of estrogen. Studies on other components of licorice such as isoliquiritigenin are currently under investigation to evaluate their ability to interfere in hormone production. All this to find data to support its therapeutic use, the pharmaceutical industry is therefore very active in the search for further properties in the perspective of treating and generating income.

In short, the licorice continues to interest and find fields of application in the wake of the millennial tradition that already distinguishes it. The very high amounts of glycyrrhizin can cause hypertension problems. This is the case of liquorice with a high concentration of glycyrrhizin from Iran and Turkey. On the other hand, Calabrian licorice has a considerably lower rate than this substance, thus allowing up to 3 grams to be used even by hypertensive subjects because, if more bland, the concentration of the principle becomes tolerable.

The success of marketing

With the introduction of mechanization in agriculture, the production of licorice has increased considerably, allowing it to be exported on a large scale. Today a machine is able to extract 20 quintals of root per day, while only one farmer could get only 20 or 30 kg per day. These numbers have allowed the development of companies that have conquered important slices of the global licorice market by proposing it in various formats: roots, logs, candies, sticks.

The roots extracted from the earth, after being washed and dried, are selected, ground, pressed and placed in boiling water to extract the juice; generally, only 20% of the mass of the dried roots becomes eligible to make licorice. The extracted juice is concentrated by boiling to obtain a dense and fragrant black paste, which is passed through machines that give it the desired shape.

Licorice is a plant strongly related with the territory. Local intelligences have transformed it into a product wisely marketed to meet the demands of national and international market. Nowadays, licorice pasta, licorice liqueur, licorice root cream, licorice powder and more goes on sale, like licorice flavoured with mint, aniseed or orange. Organic and of protected origin (P.D.O.), licorice is in all its forms a food that every customers who want to eat well must have inside their home.