One of the best cheeses from Southern Italy: Caciocavallo Silano 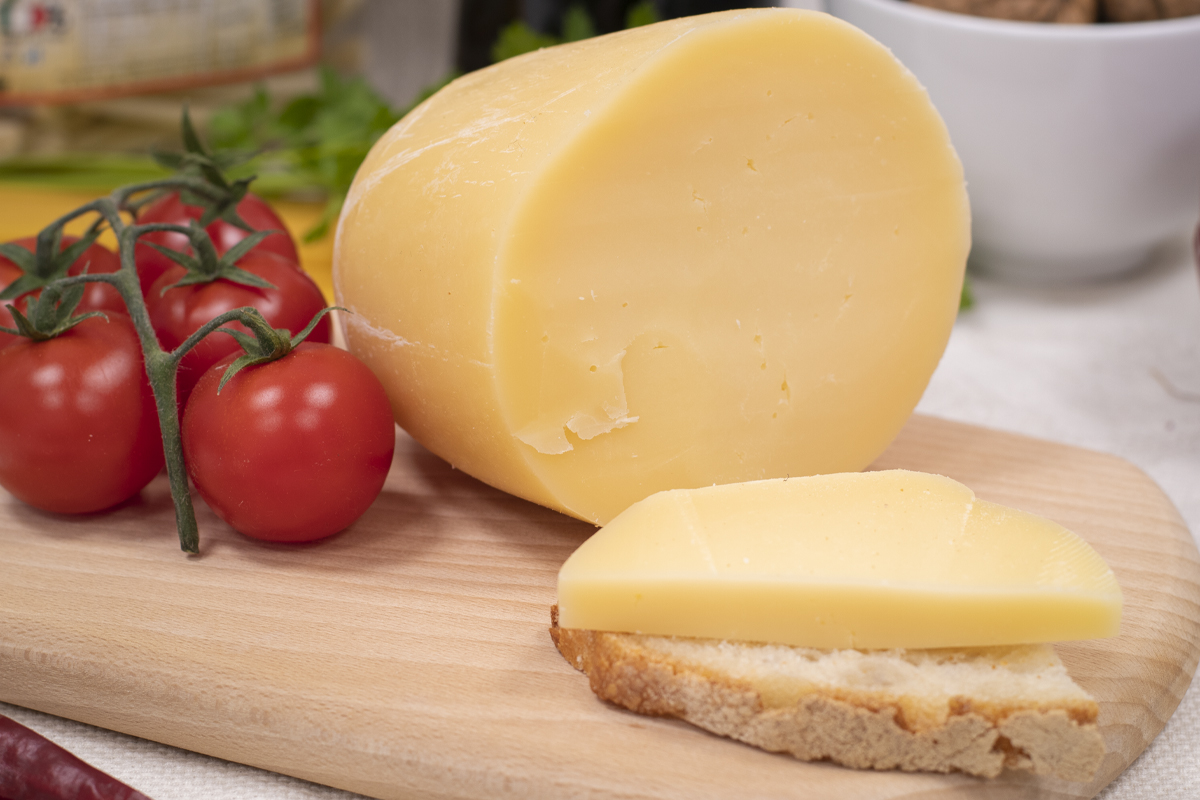 Caciocavallo Silano is one of the best and most renowned cheeses of Southern Italy. It is produced on the Sila, the mountainous plateau located in Calabria, in an ecosystem of rare beauty and variety, probably among the least contaminated on the planet.

This Italian cheese has very ancient origins, but it did not prevent producers from preserving its original characteristics, allowing Caciocavallo Silano to obtain the PDO mark.

The name "caciocavallo" perhaps derives from the fact that these cheeses are kept paired upright on an axis, however this type of cheese is widespread throughout Southern Italy and its origins are probably precedent to the Greek colonization of the region.

Caciocavallo Silano is considered a very important cheese for the Italian gastronomy. Its production is so old as to be mentioned by Hippocrates, a Greek physician and philosopher who lived between 460 and 370 A.C., in one of his many books dedicated to art and cooking, where he speaks for the first time about "cacio".

This cheese has been cleverly produced by Greeks and Romans. After Hippocrates, Pliny too, in one of his treatises dedicated to cheese, described and exalted the unique characteristics and the intense and delicate flavour at the same time.

Later this cheese managed to preserve its original characteristics unaltered, becoming the ideal food of the farmers of southern Italy. Thanks to the respect of the traditional recipes and production methods, Caciocavallo Silano succeeded in obtaining the PDO mark since 1996.

The status of Protected Designation of Origin requires producers to comply with a strict disciplinary regulation, necessary to provide consumers with the quality, certainty and genuineness of the product.

To protect this important aspect, the Caciocavallo Silano Cheese Protection Consortium oversees and supervises the entire production of Caciocavallo PDO since 1993. In fact, each form must be strictly checked before obtaining the PDO mark. This step is necessary to avoid the sale of counterfeit products, made with low quality milk and with irregular production processes.

Caciocavallo Silano is made with fresh whole milk, coming from farms located in Basilicata, Calabria, Campania, Puglia and Molise. The milk is supplemented with lactic rennet and veal or goat's rennet, useful for obtaining the coagulation of raw materials. This process is done at low temperature, from 4 to 10 hours. Once started, the cheese is processed and transformed into the typical caciocavallo shape, with two round parts, one smaller and one larger. Then each form is immersed in cold water and then in brine, to give it the right amount of taste. After the salting process, the caciocavallo is delimited in pairs, hanging astride on wooden beams, as per the millennial tradition. The maturing process should not take less than 30 days. After maturation, the forms are examined in detail. If the cheese meets all the requirements, it obtains the PDO identification mark and the consortium symbol with the information about the producers.

Flavour and characteristics of Caciocavallo Silano

The most distinctive feature of this Italian cheese is its shape, with an oval body and a small ball on top. In reality, the presence of the ball is not necessary, but it certainly represents one of the most immediate characteristics of Caciocavallo. The two parts are divided by a marked neck, due to the ropes used to tie the pairs.

The rind is smooth, thin, pale yellow and becomes more intense during seasoning. Inside, Caciocavallo Silano has different characteristics, depending on the ripening period. After a few weeks, the hard cheese takes on a more intense appearance, with the appearance of typical holes and a taste that becomes spicier.

How to taste Caciocavallo Silano

Caciocavallo Silano is a cheese that can be eaten alone or simply with slices of durum wheat bread, choosing among the many products of Southern Italy, such as Pane di Altamura or Pane di Cutro, a candidate to obtain the PDO mark.

This cheese is also perfect to enrich some typical recipes of South Italy. For example, it can be used to enrich delicious eggplant rolls or the typical "aubergine parmigiana". Caciocavallo Silano goes perfectly with many pasta dishes, such as the classic "pasta ripiena alla calabrese", stuffed with meatballs, tomato sauce, Soppressata di Calabria and other Italian cheeses, such as Pecorino Romano PDO.

Because it is a salty and spicy product, especially in its hard version, Caciocavallo Silano can be easily paired with the typical Calabrian cured meats, such as Soppressata, Capocollo and Calabria sausage, which are also PDO products.

The fresh Caciocavallo Silano, however, can be combined in a more imaginative way with sweeter ingredients, such as pears, and in particular Pera dell'Emilia Romagna or Pera Mantovana. We suggest cutting some slices of pear, to put them on a slice of Caciocavallo, and to dress them with a thread of Traditional Balsamic Vinegar of Modena. The result will be a traditional and elegant dish. Alternatively, you can heat a slice of Caciocavallo Silano in combination with the tasty Tropea Red Onion, caramelized with sugar and vinegar.

In Sila it is common to taste it on a plate or on a grill. In reality, this is a method to evaluate the authenticity of the caciocavallo because in contact with the heat the original Caciocavallo Silano does not go into liquefaction but keeps its shape by blending and melting slightly inside.

To accompany the Caciocavallo Silano we need a wine with different characteristics, depending on the seasoning period. The fresh cheese requires a delicate white wine, but not without a certain thickness, such as Soave Superiore, produced in Verona and characterized by a slightly bitter aftertaste, as opposed to the sweetness of young cheese. For the seasoned Caciocavallo, however, we can choose a medium-intensity red wine, such as Aglianico del Vulture, with its particular shades of orange, or the classic Cirò Rosso, produced in Calabria.