How to preserve chilli pepper 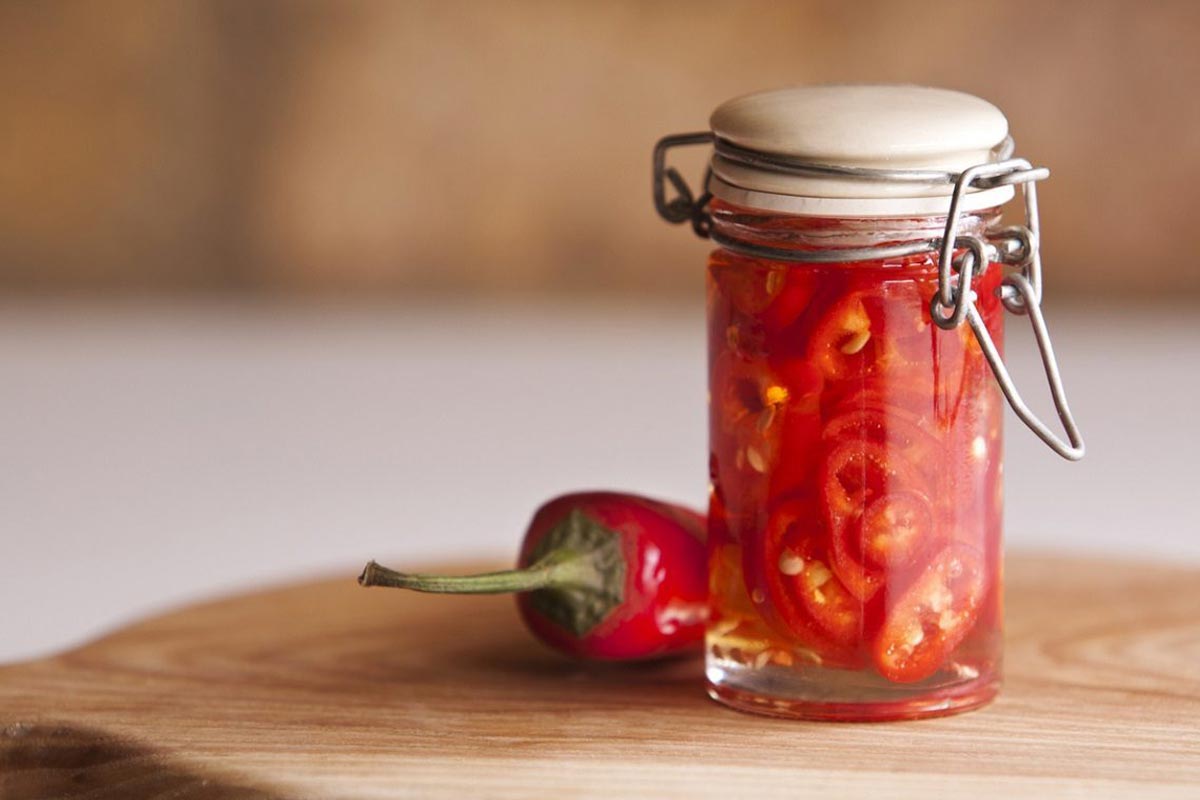 If you have fresh chillies and want to keep them for a long time, the best way to do this is to put them in oil. Preparing the chilli peppers in oil is very simple, you only need a few ingredients and of course glass jars.

You can use the variety of hot peppers you prefer. In addition to having crispy chilli peppers to add to recipes such as spaghetti with garlic and oil and penne all'arrabbiata, you will also have a really tasty hot oil to give a strong flavour to your dishes.

The only recommendation we make is that during the preparation of the hot peppers in oil you must use disposable gloves to avoid direct contact with the hands, otherwise in case of contact with delicate parts of the body such as mouth and eyes could be dangerous. That said, let's see how to make the chilli peppers in oil.

How to preserve chilli peppers in oil

Clean the chilli peppers and dab them carefully, remove the petiole and cut them into pieces with scissors. Put them in a bowl and add the salt, stir and cover with a clean cloth. Let the chillies rest for 12 hours, stirring occasionally.

Transfer them into sterilised jars, up to half a centimetre from the edge, press them and cover them with oil. Let them rest for a couple of hours, without closing them, and add more oil if necessary. Your chilli peppers in oil are ready, put them in a cool and dark place.