Etiquette at the table: 10 essential rules 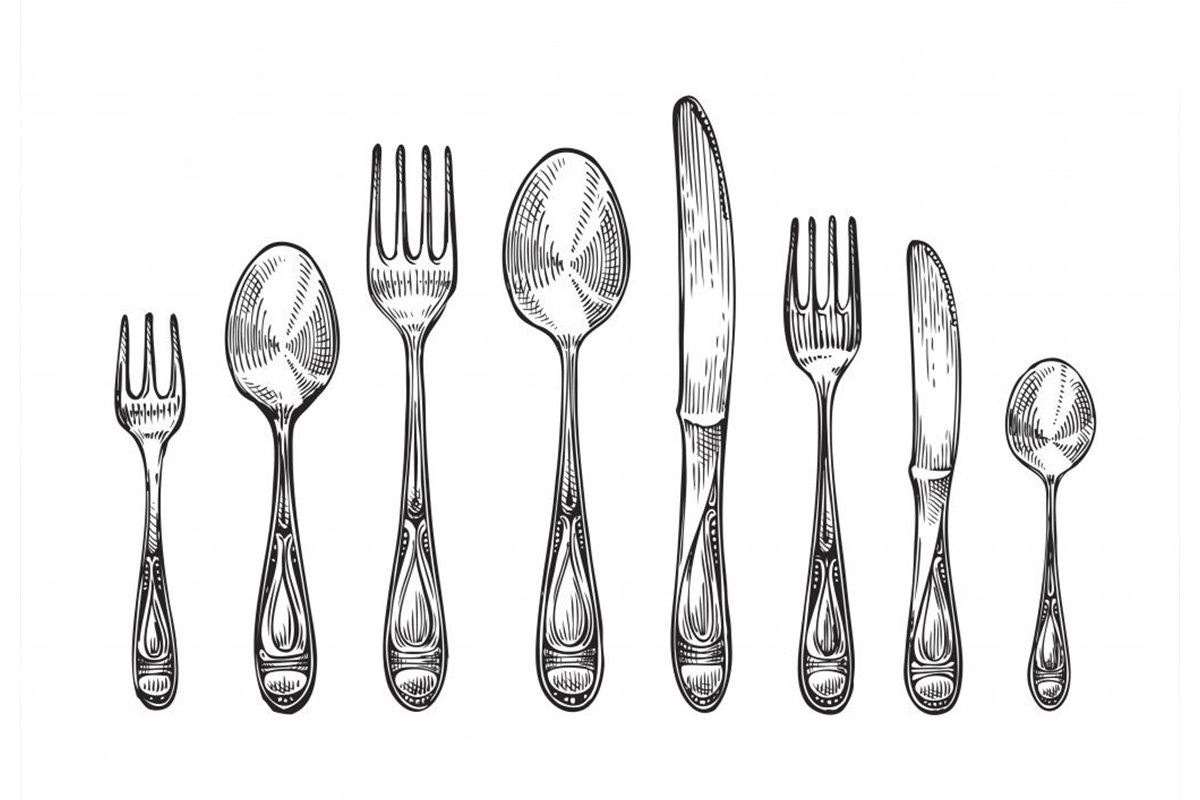 Despite the etiquette is now underestimated, we believe that principles such as these should never be exceeded. So here's a refresher of manners to keep in mind.

Let's talk about the table; after all, who hasn't sat down with other people at least once without knowing what the exact use of cutlery or glasses was?

1. Cutlery: which one to use first and how to store them at the end of a meal

Fork on the left, knife on the right with the blade facing the plate and spoon on the right of the knife, so far so good. The problem arises when we have more than one cutlery per type and we don't know which one to take first. From the starter to the second course, the cutlery to be taken first is always the outermost one, a rule valid for both fork and knife. During meal breaks, it is a good idea to place the fork and knife on the plate in the position of the watch hands at 8:20 p.m., while at the end of the meal, the cutlery should be placed facing each other in a parallel position at 6:30 p.m..

2. The glasses: what to use and how to place them on the table

The maximum number of glasses allowed by etiquette is five, however, you do not always have tables big enough to hold them all, so the minimum is to have at least one glass for water and one for wine. The correct arrangement is to place the glass of water in the direction of the tip of the knife, immediately afterwards it is to continue on the right with the ones of the wine giving precedence to the glass for red wine and to follow the one for white wine, usually of a smaller width, which should be placed slightly closer to the diner.

Always on the legs. As far as its use is concerned, etiquette tells us that it should be used whenever you decide to drink water or wine, the main reason being that it is considered unpleasant to see glasses with lip prints.

A common gesture is to put the coffee spoon in your mouth after stirring. Well, etiquette tells us not to do that! The coffee must be stirred gently from bottom to top, immediately afterwards it is good to place the spoon, even if dirty, directly on the saucer.

5. How to tilt the plate to eat the broth

The most immediate gesture we would have to do, to take the last spoons of broth, is to tilt the dish towards us. Instead, for etiquette, it is exactly the opposite: the plate should be tilted towards the centre of the table; this is to have more mastery of the gesture and not to risk spilling everything.

The best posture to keep at the table is to keep your back straight without ever resting your elbows on the table. In fact, the arms should be held along the hips resting only the hands on the tablecloth; never keep the arms under the table!

The rule of etiquette requires us not to wish the diners a good appetite, this is because, in ancient times, the meeting at the table was an opportunity for conversation and discussion and the food was only a side dish to make it more pleasant.

It's a good custom when a toast is made to not say "cheers", the maximum participation that etiquette grants is to raise the glass with your arm outstretched at face level and nod your head.

Salt should never be asked because it can underline, in a veiled way, that you are not appreciating the food on offer. In fact, it would be good practice for those who set the table to make salt available to diners not in a salt shaker but in a bowl with a teaspoon.

And it is here that you will have to abandon all your certainties: bread should not be cut but broken with your hands. To tell the truth, etiquette would require that whole loafs of bread are never served but rather small loaves of bread and that they are served to the guest on a special saucer placed on the left above the forks; this will allow the diner to break the bread with his own hands and avoid spreading the crumbs on the table.