Christmas hampers: a tradition from the ancient Rome 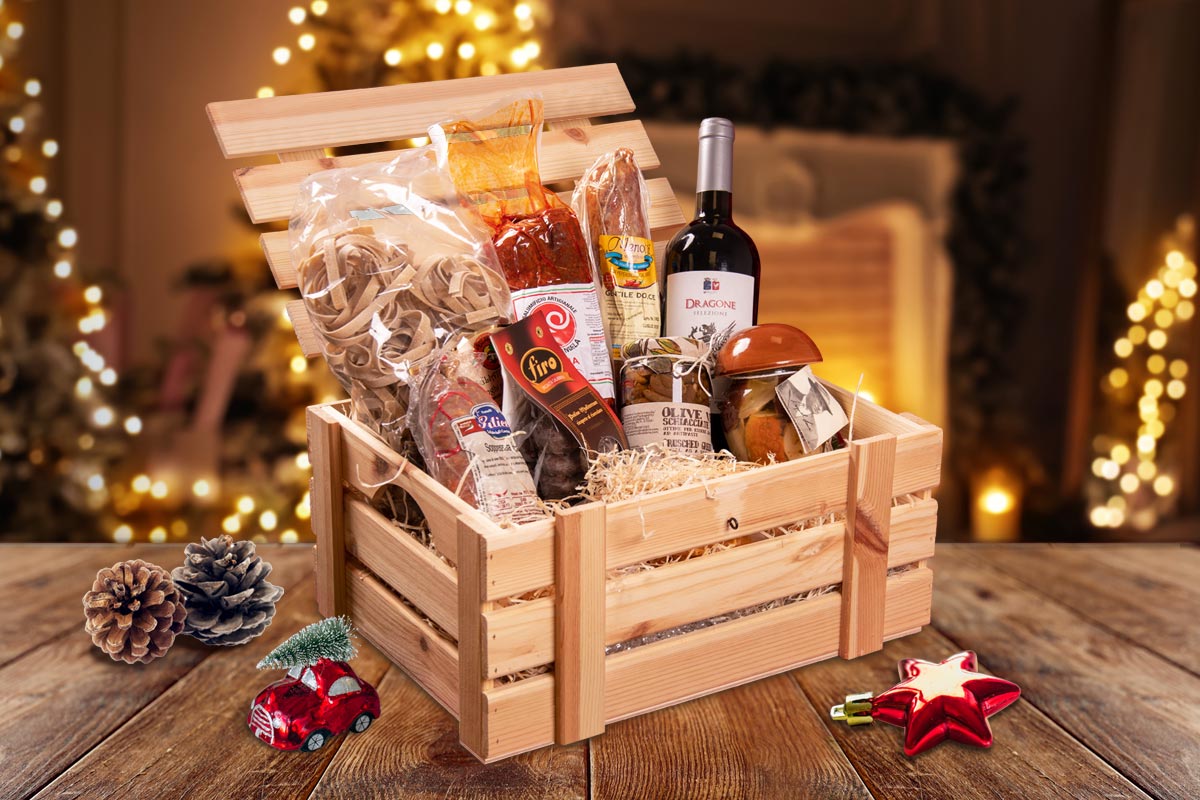 Today, gastronomic hampers are one of the most popular gifts during the Christmas holidays. However, have you ever wondered how this tradition was born?

We did some research and discovered that this tradition has its roots undeniably from Ancient Rome.

The habit of giving baskets was widespread, particularly throughout the Saturnalia feasts during the winter solstice. During these festivals, Roman citizens used to exchange baskets containing laurel and food.

Olives and dried figs were some of the favourite food of the ancient Romans. These baskets, ancestors of the Christmas baskets, were called "sportule" and were made by weaving the fibres of the esparto leaves, a very resistant plant.

The exchange of gifts took place from the 17th to the 23rd of December. The purpose of the baskets was to satisfy the Saturn God, who was considered the protector of crops, land, and agriculture.

Also, if we look at more recent periods, we can see that the tradition of giving food baskets started during the period after the Second World War.

While Italy was trying to recover from the war, the custom of giving baskets full of products from the rural tradition, such as cheese, salami, vegetables and fruit, spread.

Over time, the Christmas basket has become a true symbol of appreciation and respect. The most humble people showed respect to important people such as the family doctor, the parish priest or the mayor with products from their own garden.

Since then, the Christmas basket has become a part of the tradition, and still remains one of the most appreciated gifts today.

According to an analysis conducted by Coldiretti, it seems that this year, 7 million Italians would buy a gourmet basket as presents for friends or relatives.

What are you waiting for? Discover now the gift hampers and baskets made by Bottega di Calabria!