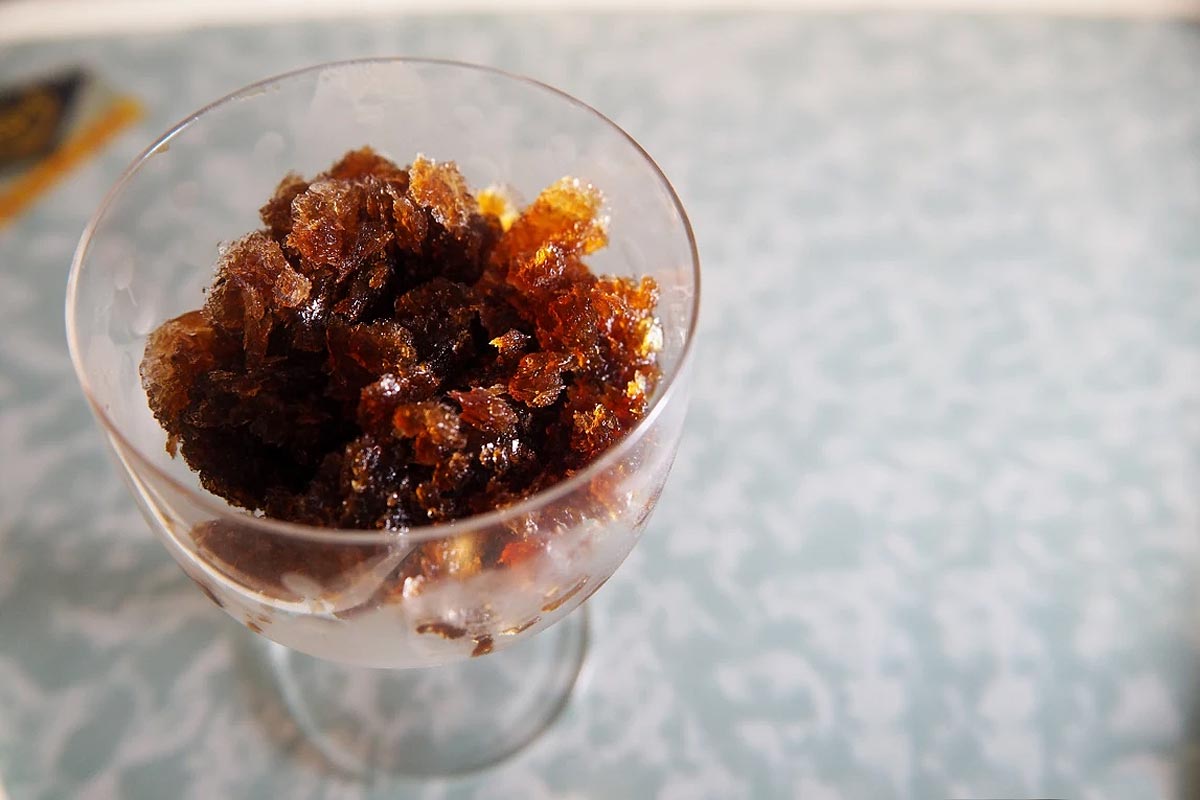 In Calabria, when it snows, especially in untouched areas, people would start preparing the scirubetta.

The main ingredient of which can be considered the ancestor of home-made ice cream is snow.

The word scirubetta derives from the Arabic "Sherbet", literally a fresh drink, a term from which the Italian words "sciroppo" e "sorbetto" (syrup and sorbet) also originate.

The origins of the scirubetta can be traced back to ancient times. In China, for example, people had been drinking snow mixed with honey for 6,000 years. Some shreds of evidence were also found in Persia, Egypt, and Mesopotamia.

Similarly, in ancient Greece, a poet around 500 BC shows that the snow was used to create drinks.

We don't know exactly when this tradition arrived in Calabria, but even today the scirubetta is much appreciated by the Calabrians. The main ingredient of the scirubetta is pure snow that is collected in pristine and clean areas.

The preparation of this "ice cream" included collecting snow, which was then flavoured with fig honey or cooked must.

In more recent times, the scirubetta has undergone some variations that involve the addition of orange juice, lemon and sugar or fruit syrups.

In order to prepare the scirubetta it is advisable to use "ciciarusa" snow, that snow that thanks to the night-time lowering of temperatures turns into ice grains.

We simply have to wait for the snow and prepare our scirubetta with good bergamot juice!