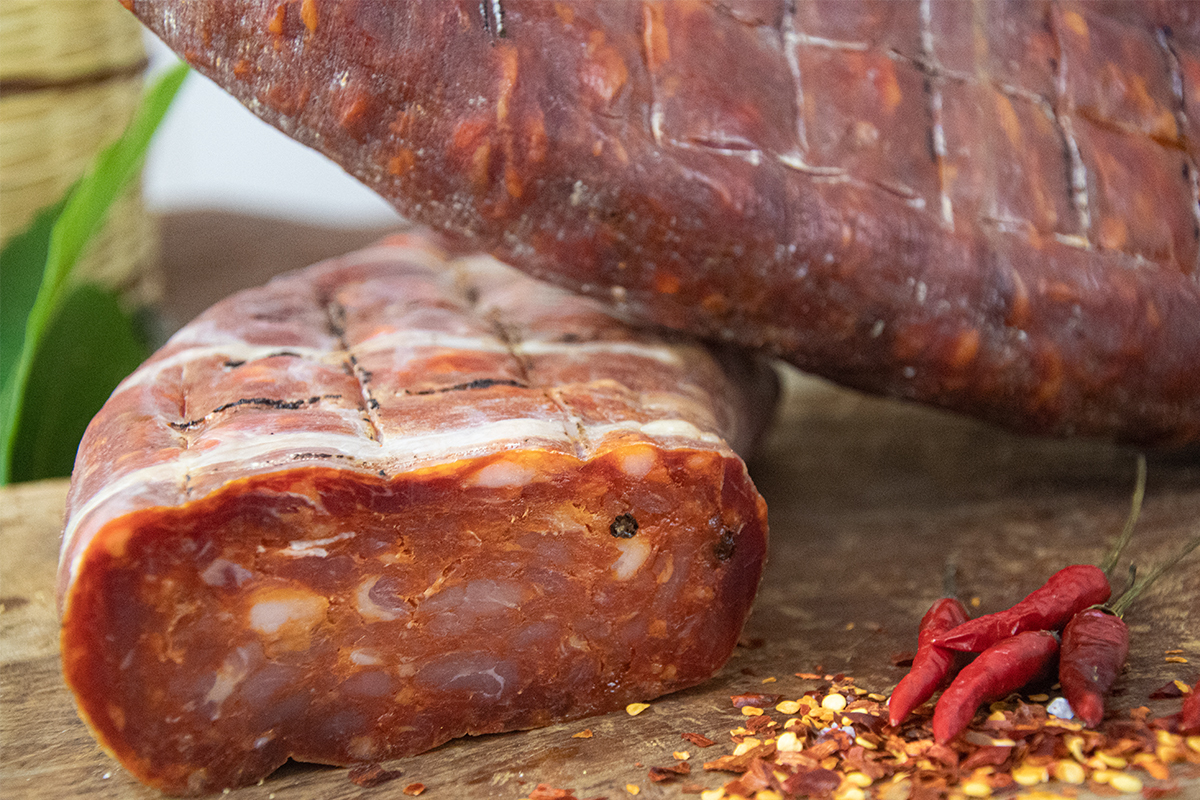 What is the Calabrian spianata?

The Calabrian spianata is a very famous cold cut with a flat shape, produced with lean pork meat obtained from the thigh and cut with the tip of a knife, mixed with cubes of lard.

The mixture of the spianata, enriched with black peppercorns (sweet spianata) or hot red pepper, is stuffed into a natural casing and then pressed between two wooden boards. It is then left to mature for at least 4 months before consumption.

Recipes and uses of the Calabrian spianata

Great is the versatility of this salami: for a pizza with a spicy taste, with oregano and smoked provola cheese, for example.

Or, why not create a dough with ricotta and grated pecorino cheese to fill a delicious Calabrian-style quiche? And, again, why not use it instead of ham to stuff toast?

To temper the spicy impact of the Calabrian spianata, we recommend pairing it with white wines such as Cirò or Greco.