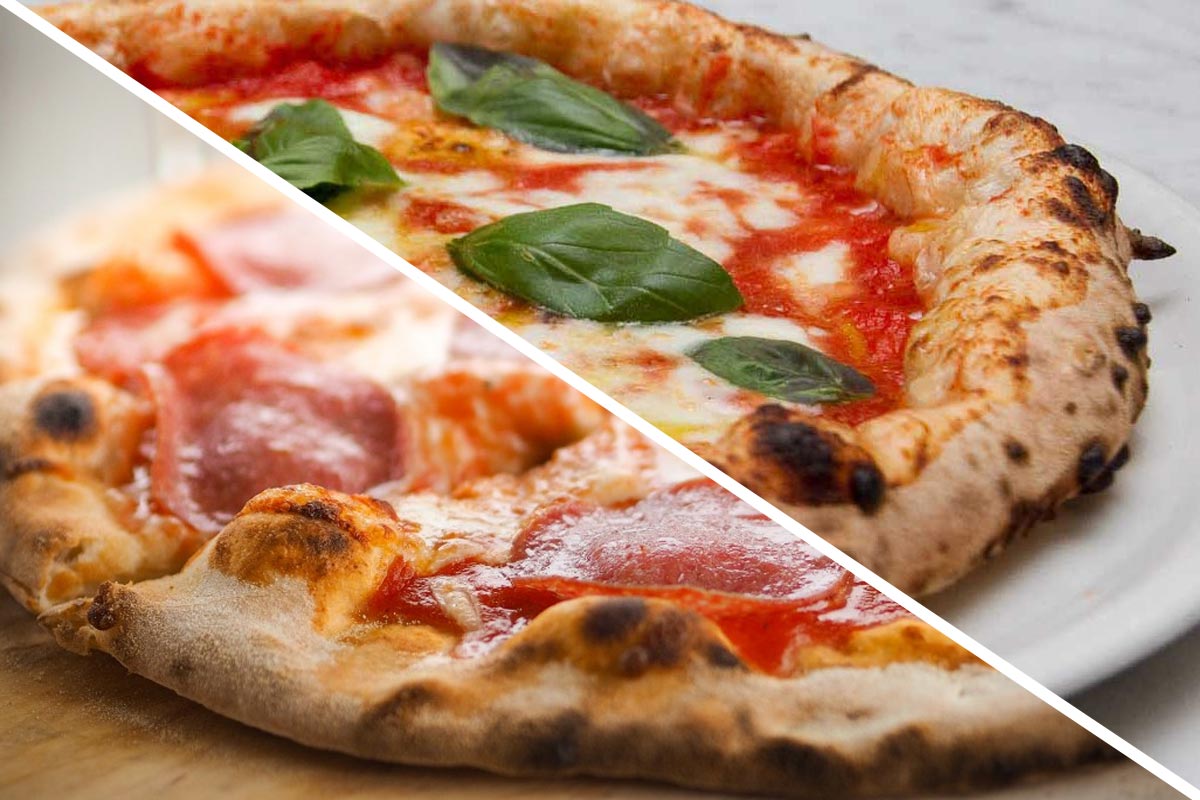 The Calabrian pizza, which takes its inspiration from the Roman one, is thin and crisp. The Neapolitan pizza, on the other hand, is soft and with a high crust. Let's discover their characteristics and differences.

When you think about pizza, your mind immediately flies to Naples, to Vesuvius, to the land of buffalo mozzarella and cherry tomatoes. But there is a variant which is appreciated by those who prefer a crispy texture instead of softness. This is the Calabrian one, which differs from the Neapolitan one for the following characteristics:

The filling is at will and its origins are younger than the its rival.

The authentic Neapolitan pizza is the Margherita with tomato, mozzarella, basil and extra virgin olive oil.

Both the variants are excellence of the Italian cuisine, so all you have to do is taste them!