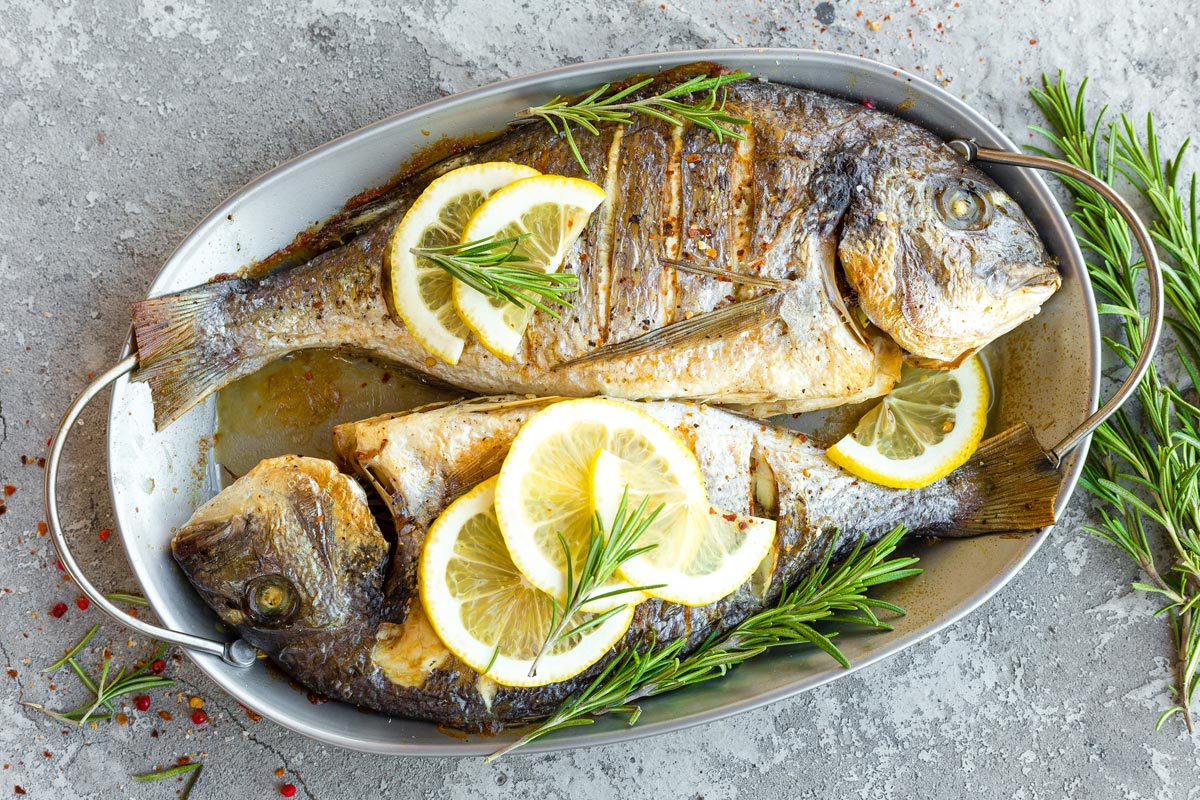 When it comes to seafood dishes, it is often preferred to stay on traditional and safe preparations that guarantee the result of a good fish, especially if cooked in a delicate way. Among the various possibilities there is a type of preparation that everyone agrees, not only for the taste but also for the lightness: the baked one.

To make it in detail, however, is not as trivial as it seems. For this reason we wanted to deepen the subject, identifying some suggestions to get an optimal result when cooking baked fish.

Wrong cooking time can compromise the result: a poorly cooked fish is not good, while one that exceeds the time becomes dry and stringy. Bearing in mind that each appliance varies slightly, there are some times to be respected that can be valid for all ovens. For example, if the fish weighs about 500 grams, the cooking time will be 25 minutes by setting the oven to 200°C. On the other hand, if the weight of the fish is close to the kilo, it will be necessary to extend it at least up to 35 minutes. Of course, the time remains unchanged if you bake several fish of the same size at the same time. Even if the baking may seem unique, in reality between preparation and final cooking there are several tricks that can be put in place: we report the most used.

The fish cooks well in a humid environment. This cooking, in fact, uses the cover of a sheet of tin foil or baking paper that hermetically closes the baking pan or wraps the fish completely so as to retain moisture. The sheet must then be removed halfway through cooking to facilitate browning. To allow the fish to harden and season, it is essential to rest after cooking, which must last at least 5 minutes and take place inside the oven off and with the door half-open.

Some fish, such as mackerel, amberjack and swordfish, lend themselves to be marinated before cooking in the oven. Generally a marinade involves the use of a sauce composed of olive oil, lemon juice, chopped parsley, chopped garlic, salt and pepper. To make the fish taste good, let it marinate for about an hour and then, when cooked in the oven, put it in a pan containing half of the marinating liquid: in this way it will take the flavours and aromas even once baked. Considering what has been said above, cover the pan with tinfoil and uncover it halfway through cooking to brown the upper part of the fish.

For lovers of full-bodied condiments, we recommend dipping the fish in a delicious tomato sauce. Not all species can be combined with this type of preparation, so you should choose between snapper, swordfish and grouper. Also for this preparation it is important to moisten the fish halfway through cooking, using white wine or even the same cooking sauce.